Roque “Rocky” De La Fuente, San Diego native and businessman, is the personification of the American Dream. He is running for the President of the United States as a Republican on the New Hampshire ballot in the 2020 race. According to his campaign web page, De La 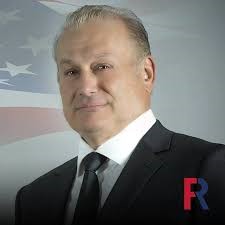 Fuente’s biggest inspiration to run for office came from his parents Roque and Bertha. They instilled the deep sense of responsibility toward helping others. The message of “service to others” was also taught to Rocky throughout his education during his formative years. Along with these inspirational messages, his passion for making the country a better place for future generations stems from his love for his five children, according to his webpage.

De La Fuente entered into his first Presidential campaign, the 2016 presidential race with no experience as a politician. He considers himself to be an entrepreneur, starting his first business at the age nine. After earning a degree in Physics and Mathematics from Instituto Patria and then Business Administration from Anahuac University 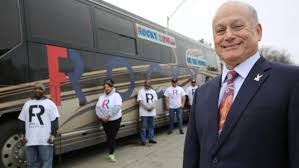 /University of San Diego, he entered the automotive business. This led him to the ownership of 27 car dealerships according to his campaign site. Eventually, De La Fuente sold all but one of the automotive franchises. However, he renamed his business American International Enterprises Inc. to imbody his appreciation for his country.

De La Fuente sees himself to be a man of the people who does not need to pretend to understand the perspectives of minorities because he is one. He primarily focuses on five issues; health care, immigration, economics, education, and the environment, according to his campaign website. His health care policy focuses on reform such as lower cost, improved quality and open access. This includes reforming pharmaceutical advertising, because he believes it disproportionately adds cost. Another policy that De La Fuente focuses on is immigration and the policies of both Trump and Obama. He believes that the U.S can maintain secure borders while not abandoning the core values of our country. Economically, De La Fuente focuses on the prosperity of small and medium businesses. He concentrates on the fact that they are the heart and soul of the American economy. De La Fuente proposes auditing the Department of Education in order to counter over spending. This will eradicate the issues in the system that are failing the youth. Finally, his focus on the environment is finding ways that humans and world leaders can forge a path to sustainable living. 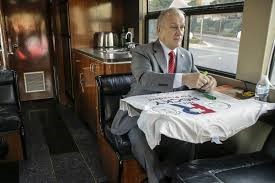 Dr. Abbe Depretis, a Communications and Social Influence professor at Temple University believes that it is great that anyone can run for president. However, she states that, “I don’t think that minor candidates have any chance of winning or that they take any major votes away from the major candidates that will ultimately affect the outcome of the election.” She stated that De La Fuente running against major Republican candidate, President Donald Trump, will not captivate many votes. “If these minor candidates don’t do anything to actually participate in the process then I don’t necessarily think they are meaningfully participating in this democracy,” Depretis said.