Steve “Stoney” Burke is running for President of the United States. Originally from New York City, Burke is an 83-year-old farmer and environmentalist currently raising cattle and horses in upstate NY. Burke’s urban, suburban, and rural background makes his campaign quite more unusual than others. He has been politically active in his community most of his life but decided to run for President because he believes that the current administration is failing to address the many problems our country is facing. In a recent phone interview, Burke listed a series of issues that he thinks are being unaddressed which include lack of jobs, education, and the environment. People don’t have basic jobs, especially union jobs, because the “industrial base has become emptied out and showing up in other countries.” says Burke. Burke believes the schooling education is falling apart, and “kids are falling between the cracks” due to poor education starting in elementary school, where lots of kids are being pushed aside that need the extra help and attention. Another big problem is the environment and how there is pollution in the air and our waters. 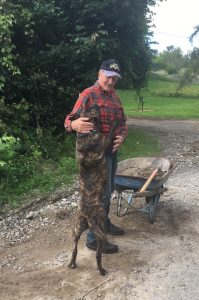 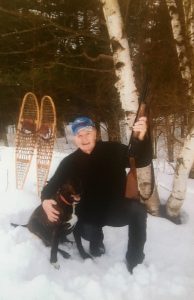 As an environmentalist and farmer living in Canton, New York, Buke raises cattle and horses. When I spoke to his close friends and supporters, they described his genuine commitment and passion towards his campaign and policies. Burke’s dedication was shown when he had to sell two of his cows in order to pay and put his name down for the New Hampshire ballot. After filling his name, his announcement for his campaign was official and Burke and his team began to notify the local media. Burke’s campaign team consists of a tight-knit group helping him with social media, legal assistance, PR, and a political adviser, all of which are volunteers.

Brad Mintener, his top aide and long-time friend works behind the scenes and helped develop Burke’s committee. Mintener has quite a political background starting with his family, where his father worked for the Eisenhower administration. Mintener himself helped start the Peace Corp in his community, was involved with Hilary Clinton campaign, and volunteered for Obama’s campaign as well. At the time Burke was chairman of the Democratic committee, and Mintener was VP of the committee.

Mintener described Burke’s passion for the well being of the people through his action programs that are planned on being implemented if in office. The action plan consists of rebuilding of infrastructure, job programs in colleges/ vocational/ technical schools that lead students to finding work easier after schooling, a tariff-free farm food program which will save farmers and agricultural land that are being hurt by the tariffs opposed by the current administration, clean energy jobs program that cuts carbon pollution, and lastly education for health care jobs and to stop costly prescription drugs.

Aside from his action plan, Burke is for state’s rights and is against big government; he believes that the federal government is taxing too much. Burke says “The federal government shouldn’t be the big brother to take over everything because they don’t know the local problems and the local states.” Prior to running for President, Burke held local positions in his county and mainly in Canton, NY. He is currently an elected official as supervisor of his town, has served 10 years of being a councilman, 8 years in the NY state legislature, 5 years in the NY state senate, worked for the state speaker of the House, and was chairman of the largest Democratic committee in the largest county of New York state.

Burke describes himself as an environmentalist and is concerned about the outcome of climate change. When asked about combating climate change and what the government can do, Burke responded by saying that climate should be looked at as more than just what mankind has been doing but what also the science behind the effect of the sun and earth perpetually changing. He refers to examples of the mountains changing and erosions. Burke profoundly disagrees with Trump’s deregulations on environmental policies and states that “he is doing it for corporations that want to have a greater hand, and won’t care about the pollution” they are emitting. One of his supporters and good friend Marilyn Mintener, who was a delegate for Al Gore and served three terms as Mayor of Canton, NY, says that they were all afraid of the direction of the Trump Administration. She donated to Burke’s campaign and described him as someone who has a good heart and is passionate enough to put his platform out there. 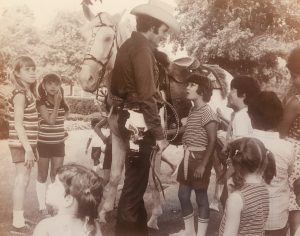 Currently, Steve “Stoney” Burke is on the ballot in four states; Idaho, Missouri, Louisiana, and New Hampshire. He will continue his dedication to his campaign by spreading his platform and ideas to the community and hoping it will reach out to more people. His concerns for America right now are being unaddressed by the current group of candidates and politicians, which is the main reason why he is running for President of the United States.